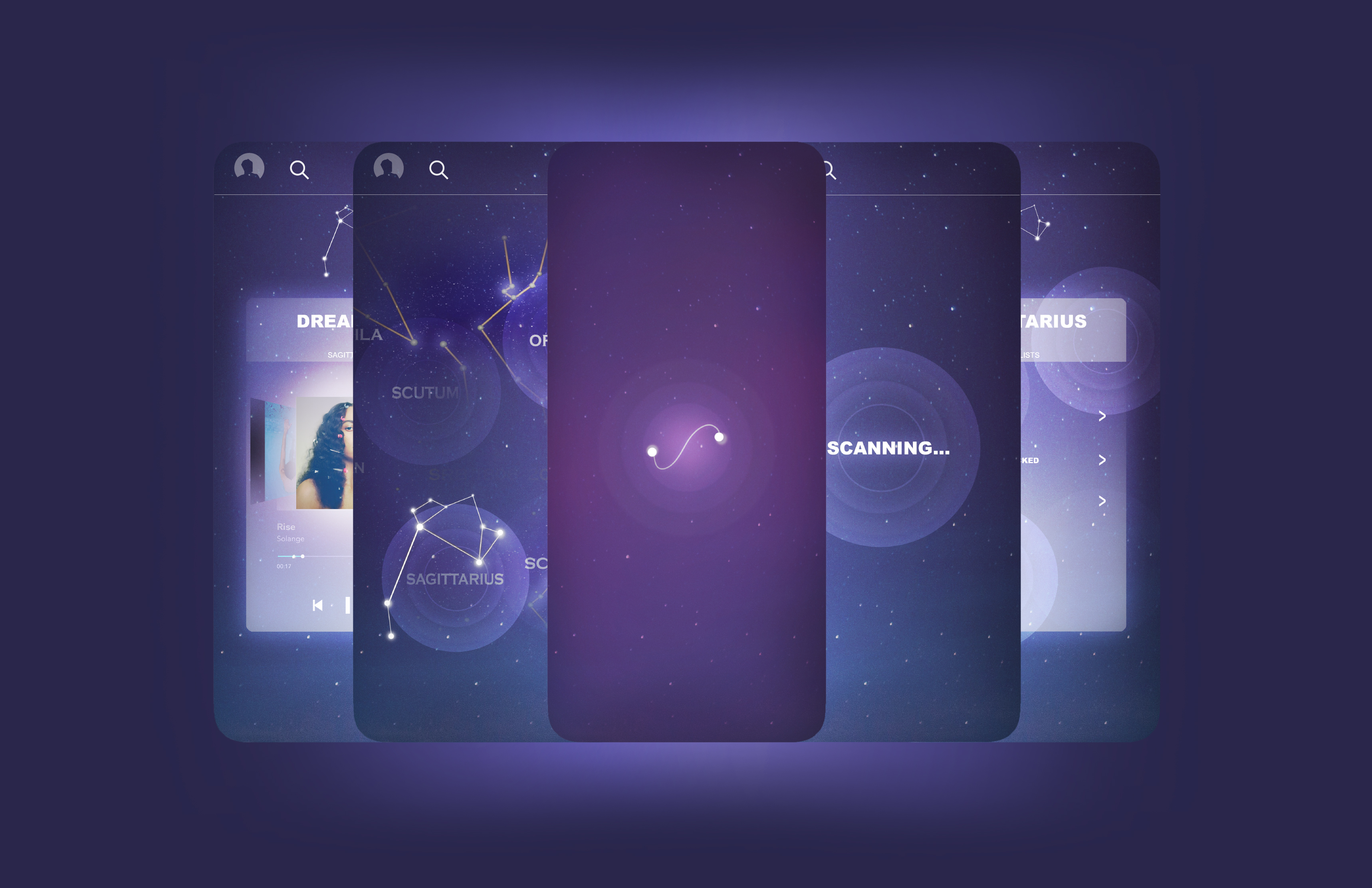 Merging Music  and The Stars

Soulestial is a stargazing app powered by the stars, but it didn't start that way. The goal of this project was to explore various methods of narrative building and concept generating. The team started in a state of ambiguity and, by the end, designed a meaningful and memorable narrative. The process it took to design Soulestial involved prototyping, testing, and iterating a series of narratives, concepting from a final narrative, and designing a powerful final concept. 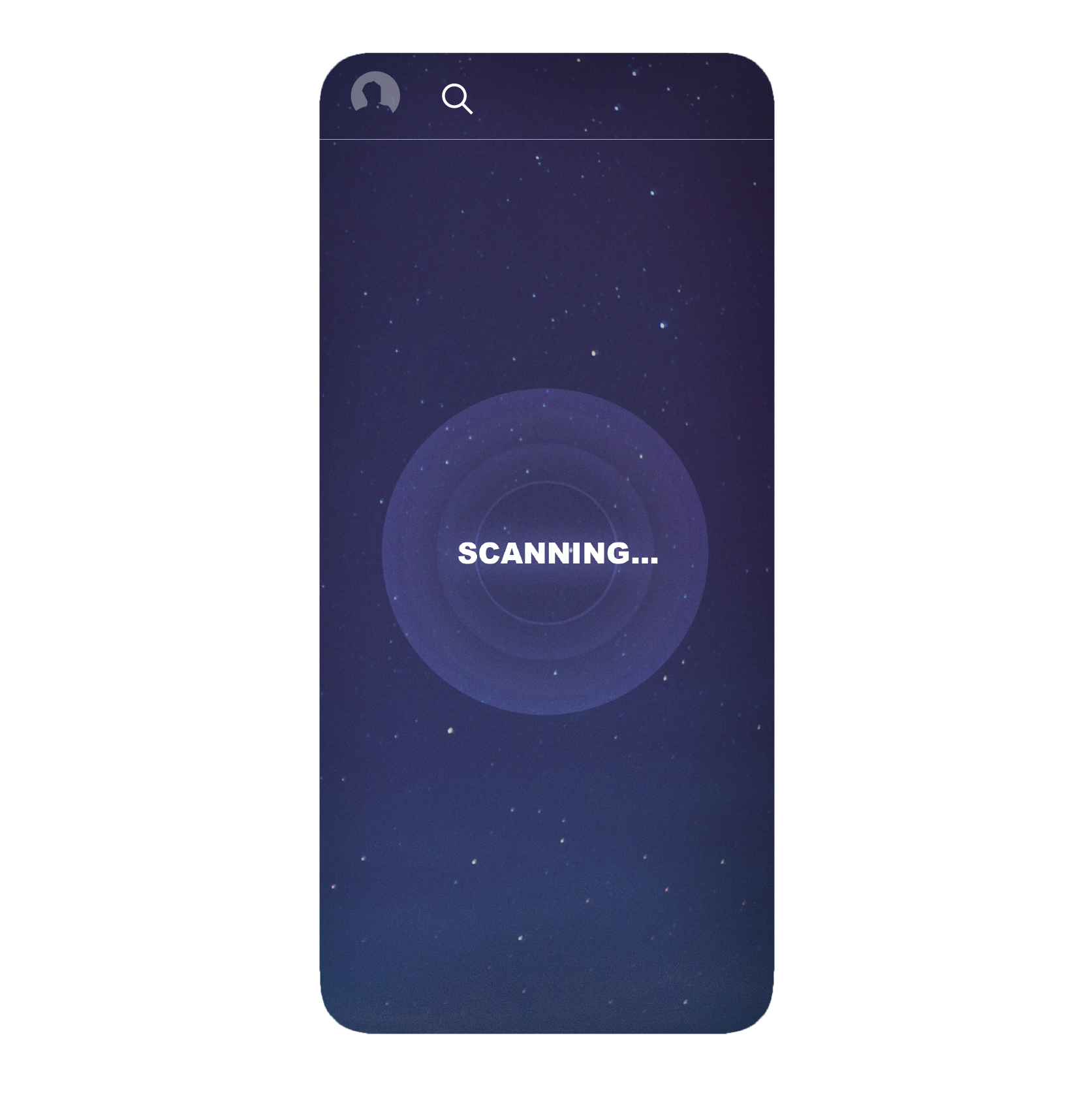 Users can start scanning the sky at any time of day in any location. Even mid-day when stars aren't visible, Soulestial allows users to see where constellations are located at that time. 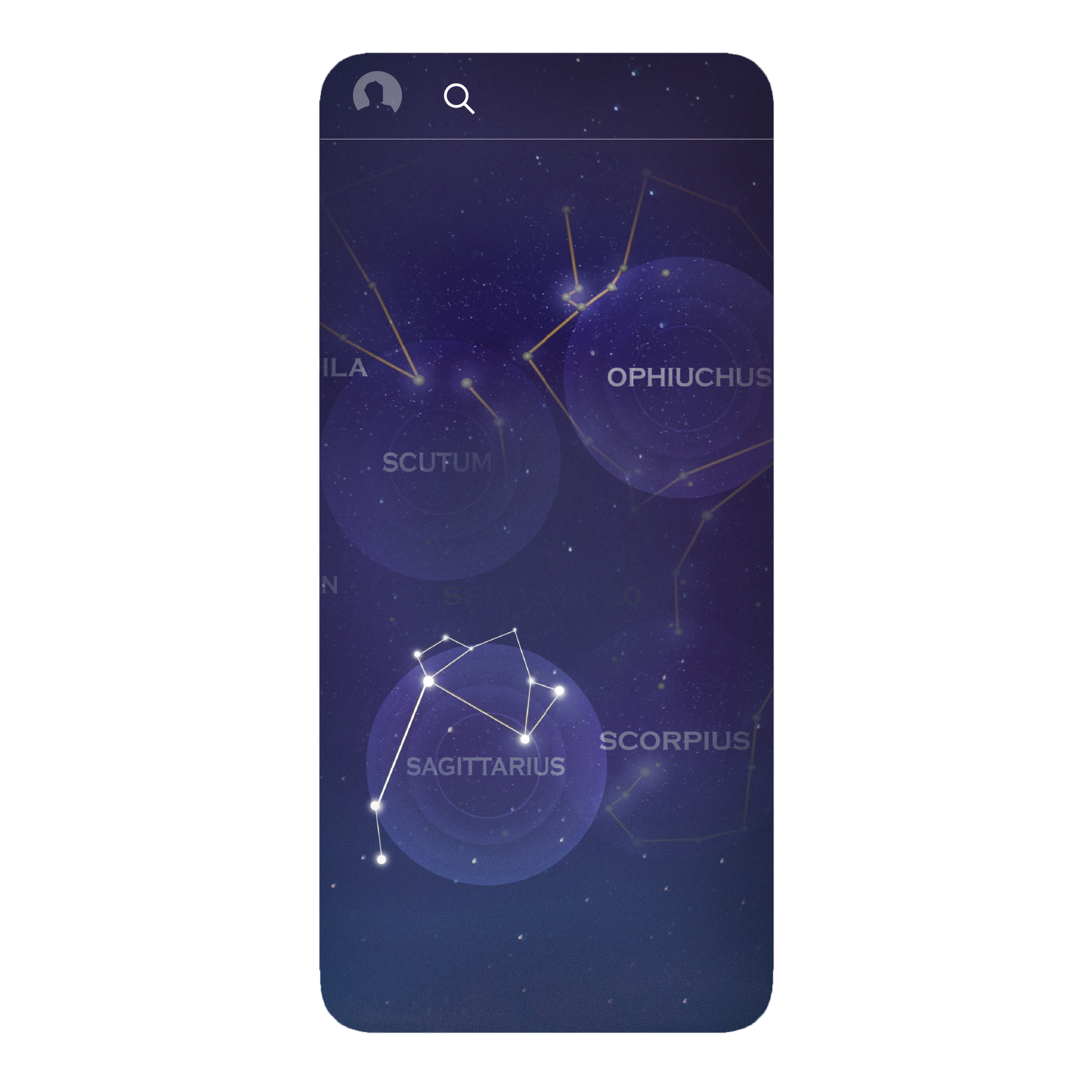 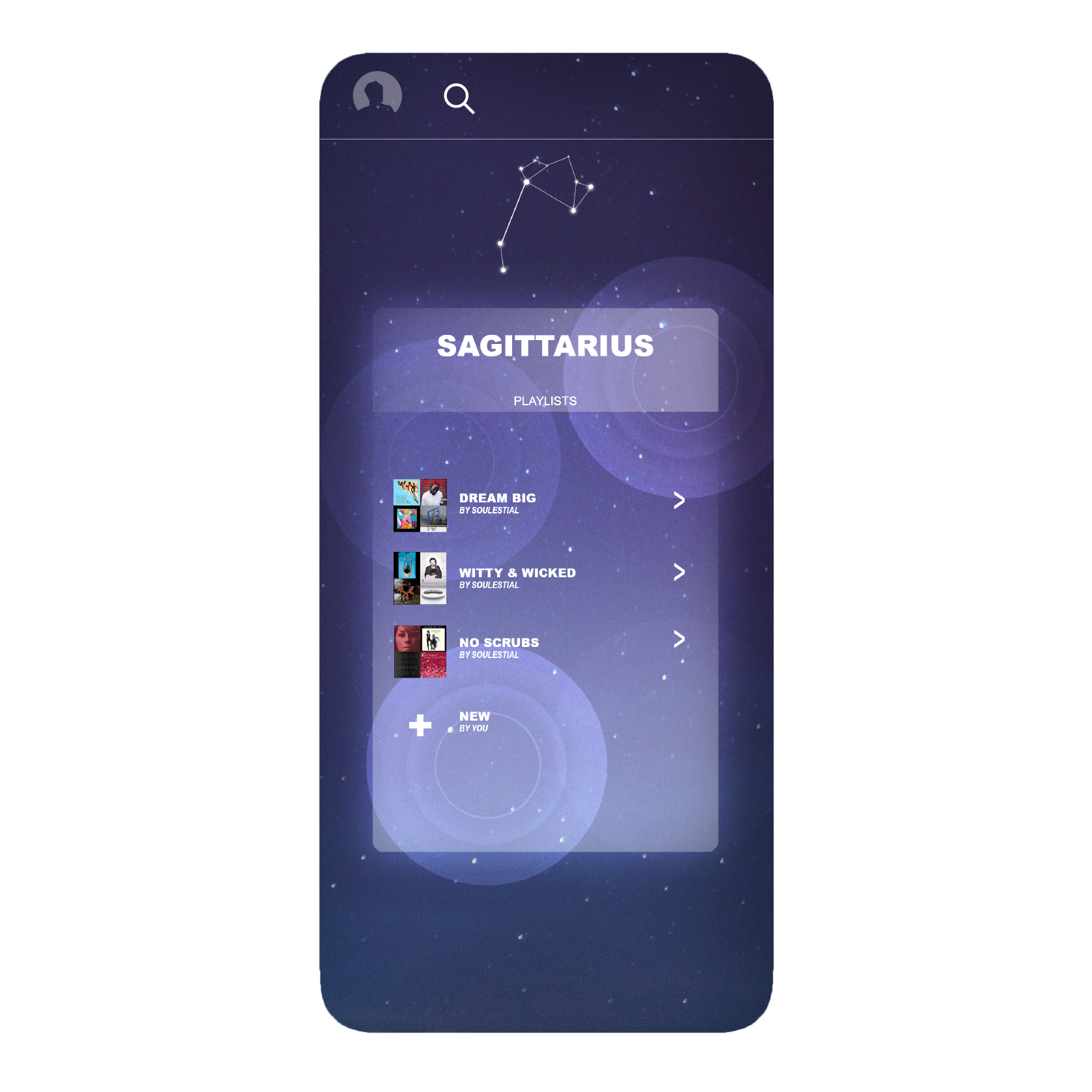 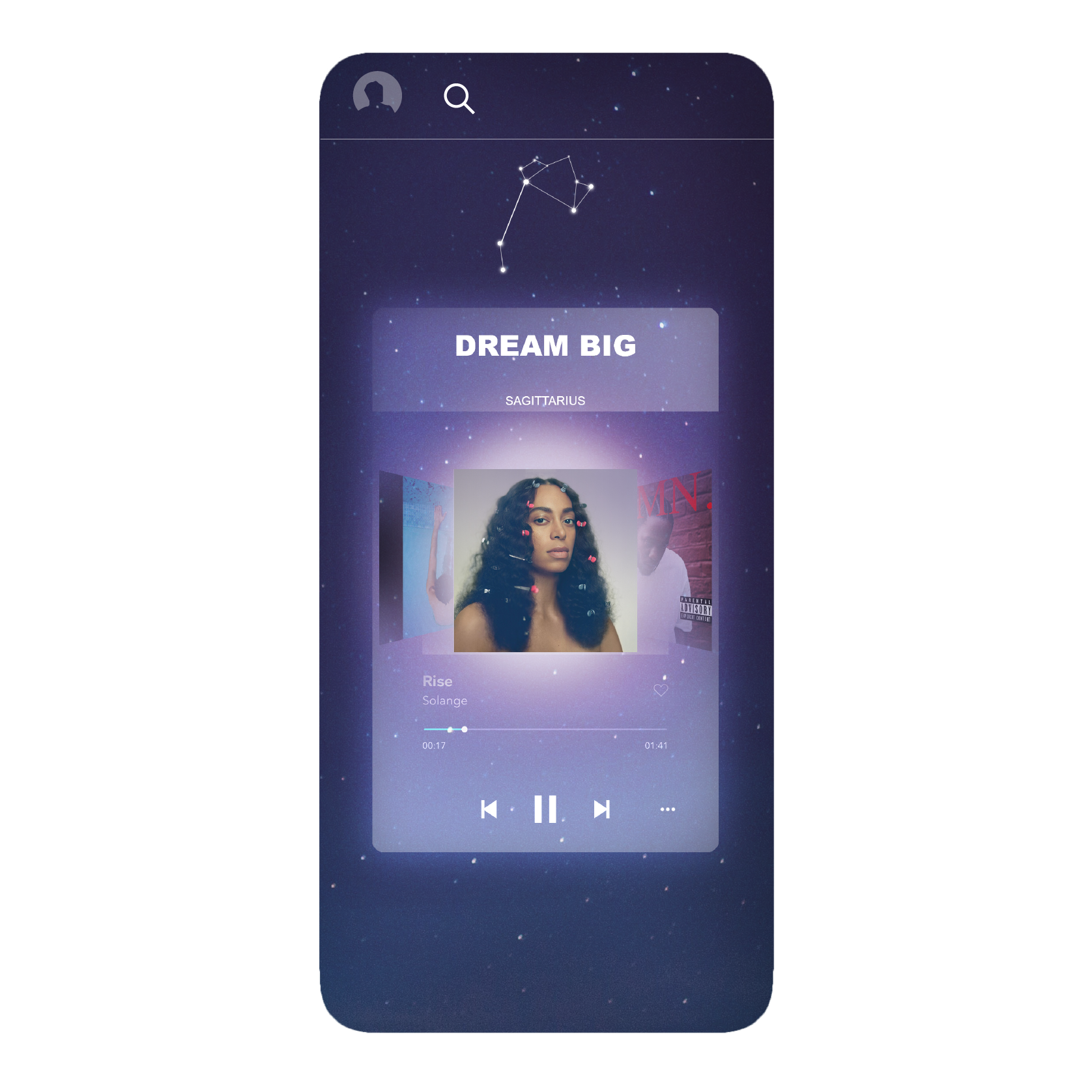 While playing a selected playlist or a custom playlist, users can see album art, song titles, and artists names. Soulestial also provides users with the opportunity to share what they're listening too with other users.

The goal of this project was to explore various methods of narrative building and concept generating.

Start: The team was given this abstract set of "words" which were used for user testing. This was done through several forms of blind variation and selective retention.

Stargazing app with different playlists for each constellation

End: A concept driven by narrative. After weeks of developing, iterating, and testing narratives, the team had arrived at a final story. This gave us a problem/solution space to work within.